We decided we could save if we did some of the home improvements ourselves. Normally before a trip to Harbor Freight, I would dig through my coupons to see what matched what we were buying. SO found an app recently that lets you scan the barcode of your items and tells you if there are any coupons on them and gives you a digital one for the cashier to scan. There ended up being discounts on everything we planned on buying and were able to get one of them as a free item.

I had a light course load this week so I was able to schedule some mystery shops. On Tuesday I took my car for an oil change. They had a great lobby with coffee and I was able to bring home a couple clementines for SO who was home sick. Mystery shopping has made all my oil changes in the last few years free and this one actually paid me twenty bucks. I declined the car wash they offered because I had a shop the next day that paid me to do it.

On Wednesday I continued a route of merchandising shops that would add over a hundred dollars to my savings. The car wash was right across the street. While I was in the tunnel, I did a quick lookup on Field Agent and found out there was a pizza store next door that would pay me to order two pizzas. This, along with some greenery I had leftover, lasted us until the weekend.

On Friday, I had a shop for a local movie theater. It covered the movie, plus a pint of beer and a slice of pizza (you can never have enough pizza). Field Agent had a bar audit available, so I grabbed it and swung by a British Pub I enjoy. They have a loyalty program that uses a digital punch card. On your fifth visit you get a discount, so whenever that type of beer audit comes up, I head over to the pub. The audit paid for a drink and got me one punch closer to a discount I can use later.

We haven’t set up the kitchen at the new place yet, so I kept an eye on food deals. I grabbed a free drink I earned at my favorite coffee shop on the way down to the house for the weekend. I also swung by McDonald’s. There, I used their mobile app to get a $1 McDouble and redeemed a free medium fry I won in their Trick. Treat. Win! promotion. Our city’s Restaurant Week was still going so we checked out a new place for dinner Sunday. I had a delicious (and large!) salad and filling mac and cheese. It was nice to see the restaurant did not cut down portion sizes for the promotion.

One of the perks of now owning a house is that we can get a grill. I was thrilled when I received an email from Sierra Nevada Brewing telling me a one a set of BBQ tools. We’re big craft beer fans, so we’ll totally be cracking a cold one in celebration on a first grilling session. This week I also won a bottle of Gatorade in the Subway Golden Token instant win game. I’m sure I could use the relief working on house projects. You can still enter once daily until November 18th for your chance to win NBA, NHL, and Daytona 500 trips, as well as Subway gift cards and merch. Use code Goldentoken2018 for a free entry. 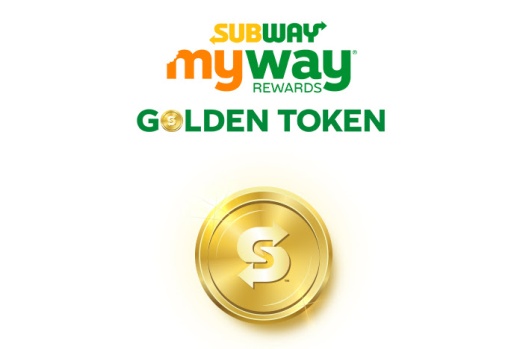 I head back to Walmart to pick up some more money maker Glade candles from Swagbucks (still available until November 5th and mine already has been approved!) and free Forto coffee shots from Ibotta. We also went back to our Sunday pub. With all the Ibotta bonuses, I made three dollars going to the bar, even after tip! There is also a bonus out right now if you purchase through their mobile shopping and get a $2 bonus. I purchased green tea I had an Amazon deal for 50 cents and got back two cents plus the bonus!

How about you? What frugal things were you able to do this week?

Swagbucks is offering 1,250 SB back when you purchase 3 Glade® Limited Edition Fall and/or Holiday scented products at Walmart. Swagbucks are redeemable for many gift cards, including Amazon and Paypal, for $1 per 100 points. These candles are only $2.98 each, so even with tax, these come out to a moneymaker. Plus, Checkout51 is offering $1 cash back each! Not a member of either? Earn a bonus $8 for redeeming these offers!

How to get the deal:

Purchase any 3 Glade® Limited Edition Fall and/or Holiday candles at Walmart for a total of $8.94 plus tax.

Log in or sign up for Swagbucks and head to the Glade in-store offer.  Receipts must be uploaded by 11:30 pm Pacific Time on October 19, 2018. New Swagbucks users receive a $3 bonus! You will receive $12.50 worth of SB back, already making this a moneymaker!

Log in or sign up for Checkout51 and claim the Glade rebate for $3 cash back. New Checkout51 users also receive a $5 bonus!